The term “nootropics” seems to be an up-and-coming topic in the health world. It is a group of medicines, herbs and other elements that hold the promise of naturally boosting your brain’s potential to think more clearly, learn more effectively, be more creative, have a better memory, and fight brain fog.

At first read, who wouldn’t want to boost their brain power, naturally? However, the seemingly supernatural assurances nootropics offer may also raise a lot of skepticism.

What are nootropics? Do they safely and effectively allow us to reach our full cognitive potential?

In this article, we review foundational and up-to-date research to answer these questions.

But first, let’s start at square one and understand the history and use of nootropics over time.

Nootropics Before the Name: The Use of Nootropics in History

Nootropics aren’t a just a passing fad; they have they been around for thousands of years, and now several have dozens of years of research to back their effectiveness.

Some of the most popular natural nootropics, including Brahmi (Bacopa monnieri) and Ginkgo biloba, have been used in Ayurvedic medicine for thousands of years. Other brain-enhancing herbs and plants have been used in health systems far and wide – from Asia to South America.

For decades, the western biomedical systems often dismissed these herbs used for brain health as there was limited research that showed clinical proof of their effectiveness. Today, we know that medicinal herbs have a mode of action that can be studied just like any pill that fits within the western medicine system.

When the western health system started to look for alternative ideas for solving major health issues affecting people all over the world, they turned to age-old traditional medicine and began to identify how it affected our health, including our brain health.

Then and Now: Nootropics for Therapy and “Cosmetic Neurology”

Of course, the name “nootropics” is quite new. More research into how newly-identified components (natural, derived, and synthetic), and their effect on our brain gave rise to a much wider category of brain-enhancing drugs. 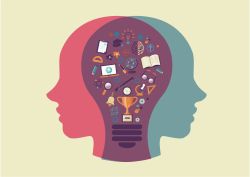 In the decade after these publications, dozens of researchers began to explore the pharmacology and clinical effectiveness herbs and active ingredients that had been known to have brain-enhancing effects in well-documented traditional systems of medicine, especially in Traditional Chinese Medicine (TCM) and Ayurveda.

In the 80s and early 90s, the primary interest in the use of these drugs was to explore innovative treatments for brain and cognitive disorders, and several are used as part of standard treatments today.

When we welcomed the new millennium, new frontiers for the applications of nootropics began to emerge.

With the establishment of therapeutic effects of nootropics with no psychoactive effects, researchers began to explore the applications of nootropics for people without cognitive disorders like dementia and Alzheimer’s.

Instead, the uses of nootropics were explored from a different angle, thinking of people who wanted to access fuller learning, memory, and creative potential.

Beyond the therapeutic benefits which are well established, nootropics are now commonly referred to as “smart drugs” as they are considered in an era of cognitive enhancement and “cosmetic neurology.” (Cosmetic neurology refers to the idea that we can purposefully modify the way out brain works to have more favorable intellectual characteristics). 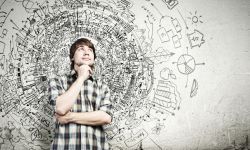 Now, interesting debates are arising. Nootropics have proven to result in improvement in cognitive abilities of healthy people, and dozens are available without the need for a prescription. Thus, some question whether the use of nootropics should be regulated, or even prohibited in certain fields (especially competitive sports) because for providing an unfair advantage.

It is important to note that, while the debate is interesting to follow, most researchers disagree that most non-prescription nootropics should or will be regulated for the general population. However, the American Medical Association will continue to promote further research on nootropic drugs to determine unknown effects.

Giurgea and Salama, in their original 1977 article, named six features of natural or synthetic elements that could be considered nootropics:

A nootropic drug is characterized by a direct functional activation of the higher integrative brain mechanisms that enhances cortical vigilance, a telencephalic functional selectivity, and a particular efficiency in restoring deficient higher nervous activity.

However, nootropics aren’t only drugs. There are substances found in food and in herbs that also meet the criteria of nootropics. Thus, a more all-encompassing definition of nootropics is: “a substance that improves human cognitive abilities.” 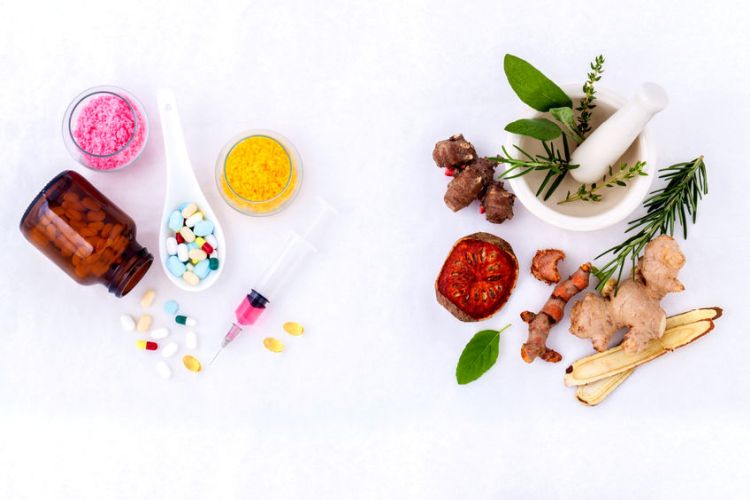 Pharmacology of Nootropics: How They Work

The field of pharmacology studies the action of drugs and their effects on our body. Pharmacology includes many disciplines, including biomedical science, neuroscience, molecular biology, and immunology to understand how drugs impact our health and wellbeing on multiple levels.

Note that the term “drugs,” in the case of nootropics, has a wider definition; not only does it refer to synthetic elements made in the lab and those derived from natural ingredients. It also refers to food components with nootropic effects or whole herbs with identified active nootropic substances.

Nootropics may help to improve brain function in one or many different ways, including:

It is important to note that the pharmacology of nootropics has perplexed accepted paradigms of drug-cell reactions. While we won’t go into that much detail here, the clinical effects of nootropics on behavior imply acting upon neurological receptors.

While some types of nootropics impact the transmission of brain signals on some levels, they don’t result from how we understand other drugs to impact brain receptors. In other words, they act in ways that challenge our current understanding of how drugs impact our brain.

Wider studies, especially those about how nootropics can improve symptoms of Alzheimer’s disease, have identified how nootropics interact. They’ve identified that they can interact, not only with receptors, but also with enzymes and other targets, like ion channels, nerve growth factors, re-uptake transporters, antioxidants, and others.

Since, then, the concept of nootropics has not changed significantly. Essentially, nootropics are substances that enhance the brain’s potential without side effects of other psychoactive drugs.

Nootropics were originally explored for their potential therapeutic effects on people who have cognitive and neurological disorders and deficits, including speech disorders, Alzheimer’s, epilepsy, dementia, and others.

However, because they don’t have the negative effects traditional drugs tend to have, they can also be effectively used to enhance and optimize the brain function of otherwise healthy people. Some of the positive effects on healthy people include, but are not limited to, improved:

Logically, all of these elements, lead to improved intelligence through enhancing natural brain capacity to take in and process information.

Types of Nootropics and What They Do

One group of researchers divide nootropics components into 12 categories. Note that this table identifies the “active ingredient,” so it is possible that an herb or other substance naturally contain several nootropic components.  Each is categorized below by mode of action (pharmacology) and include examples.

Additionally, the same group of researchers has categorized natural and herbal cognitive enhancers that can be accessed through food and supplements derived from herbs. These include:

The field of nootropics is, without a doubt an exciting field with many applications.

The knowledge of the effects of certain herbs on our mental and intellectual health, however, is not new. In traditional medical systems like Traditional Chinese Medicine and Ayurveda, nootropic herbs and plants were used to improve functions associated with brain health.

When Giurgea pooled the knowledge on the dozens of components identified to have brain-enhancing effects, especially for people with brain disorders, he defined the concept of nootropics.

Today, nootropics are used by healthy people as well to improve their ability to learn, concentrate, memorize and understand. They are not often referred to as “smart drugs”: medicines, herbs, and components in foods that can help to boost our cognitive abilities without the effects of neuro psychotropic drugs. They work on our brain in several different ways, and even challenge traditional understandings of pharmacology.

The field of nootropics has taken an exciting new direction, and without a doubt, over time it will change the way we see how we see our full cognitive ability.

Can’t Lose Weight? Kickstart Weight Loss with These Nootropics
Next Post: 8 of the Best Nootropic Alternatives to Dangerous Sleeping Pills