The desire to boost our brain function gives us hopes of having a better memory, improving our focus and concentration, and retaining new information for improved learning abilities. The science behind nootropics show that these hopes can become a reality.

There are different categories of nootropics based on their use, but one of the most popular is nootropic supplements.

Nootropic supplements provide concentrated nootropic components in a capsule, pill, or liquid that is taken in addition to your regular diet – what you normally eat in a day. Just as the name suggests, supplements supplement (or add an extra boost) to our regular diet by providing additional quantities of components that we can obtain through foods.

What are Nootropic Supplements?

Nootropics as a general category refer to elements that help to improve the cognitive function of the brain by maximizing its natural potential. Unlike other drugs, nootropics have limited, if any, side effects and they do not alter the natural potential of brain function.

The FDA defines dietary supplements as products taken by mouth (including by pill, capsule, or by liquid form) that contain a “dietary ingredient.” Dietary ingredients include vitamins, minerals, herbs or botanicals, amino acids, enzymes, fatty acids, or other components that supplement the diet.

Supplements are usually taken for one or more of four main reasons:

How do Nootropic Supplements Differ from Other Types of Nootropics? 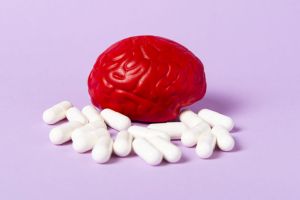 There are several ways to categorize nootropics. They can be categorized by the mechanism of action of the active ingredient (e.g. stimulants, dopaminergic, serotonergics, nerve-growth stimulators, and many more), by chemical form, and by mode of use, among others.

Nootropic medicines and pharmaceuticals are used as therapy for a range of diagnosed brain-related diseases and conditions. Because they are considered therapy, they are often prescribed alone or together with other pharmaceuticals by a health practitioner.

The wide application of nootropics for therapeutic purposes was the original vision for their application in the health world.

While there is some crossover with supplements and nootropic foods, natural nootropics usually refer to the whole plants and herbs that are taken specifically for cognitive enhancement.

Foods can be defined as whole substances that are eaten for nutritional support and nourishment. Nootropic foods contain nutrients (vitamins, minerals, phytonutrients, and other chemicals) that present a direct benefit to the brain.

Nootropic foods, more than any of the other categories, need to be implemented as a lifestyle practice in order to fully benefit from them.

Adopting a diet rich in nootropic foods is important to maximize the effect of any of the other categories of nootropics, because diet ensures that the basic needs of the brain and body are met so that other nootropic forms can contribute to additional function.

They are products taken orally that contain an ingredient that adds to the diet, including vitamins, minerals, herbs, botanicals, amino acids, enzymes or others. In other words, they contain components you could get from your diet, but often in a concentrated or enhanced form. Any products that claim they are supplements are regulated by the FDA.

Because they include vitamins, minerals, and whole herbs and botanicals and extracts, there is some crossover with natural nootropics and nootropic foods.

The main difference is how they are used; supplements are taken in pill, capsule or liquid form in addition to foods and herbs we might consume with the purpose of receiving a health benefit. 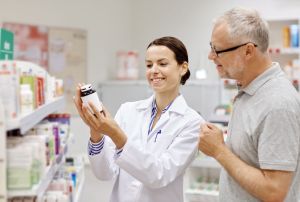 In some senses, nootropic supplements are an all-encompassing category of nootropics. They may contain therapeutic components as well as components that are extracted from foods herbs (or made in the lab to simulate those found in nature).

Below we discuss some of the most well-studied nootropic supplements, including what they are and how they work.

Minerals can be divided into macrominerals and trace minerals. Macrominerals are those that our body needs in larger amounts, and they include calcium, phosphorus, magnesium, sodium, potassium, chloride and sulfur.

Trace minerals are those we need in smaller amounts. They include iron, iodine, zinc, cobalt, manganese, copper, fluoride and selenium.

In general, we should be able to get the minerals we need from the food we eat. However, dietary imbalance can cause mineral deficiencies. Since minerals are deeply involved in several cognitive processes, deficiencies logically result in negative impacts on the brain.

Below are some minerals that have been demonstrated to have a particularly strong influence on brain health and could potentially have nootropic effects because of their vital role in brain function. 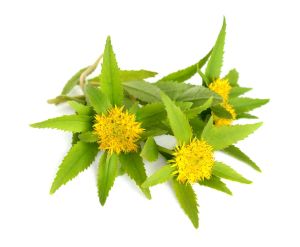 Herbs and botanicals have been used for thousands of years in ancient models of health (including Ayurveda of India, Traditional Chinese Medicine, and health models in Latin America) for their improvements on what we now know as cognitive function. While they were originally dismissed by western medicine, the study of their components and mechanisms of action have brought significant attention to their effectiveness.

Some popular herbs and botanicals found in supplement form include:

Nootropic supplements are an all-encompassing category of supplements that include vitamins, minerals, herbs and botanical extracts, and other dietary components that have been demonstrated to improve cognitive function.

Taking nootropic supplements is one of the easiest and efficient ways to get brain-boosting components in your body, and most of them are available without subscription. Even so, it is important to talk to your physician about if and how different nootropic supplements will work based on your specific health condition.

Once you are in the clear by your physician to take nootropics, and when you take the time to read up on how different nootropic supplements might benefit you, you can easily take nootropic pills, gel caps or liquids at some point during the day without too much planning.

The Definitive Introduction to Nootropic Foods
Next Post: 9 Incredible Health Benefits of Ashwagandha for the Body and Brain