If you’ve landed on this page, you are likely intrigued by the promise offered by nootropics. But, the idea of taking a supplement that can help you naturally access your brain’s higher powers seems like something out of a science fiction movie.

Nootropics don’t have magical powers, but they may boost your brain health.

Some work with your body’s natural chemistry to help support the brain to have a steady supply of nutrients and oxygen, support certain neural receptors, and fight off potentially damaging toxins and free radicals.

In the same way that there are many different types of nootropics, there are different levels of safety and effectiveness for different people.

In this article, we will review the latest research on the safety and effectiveness of nootropics. After you read this, you can confidently make a choice about whether or not nootropics will work for you.

A Review: What Are Nootropics?

Nootropics are loosely defined as substances that help improve human cognitive abilities. They are found in the form of medicine (drugs), herbs and herbal extracts, and in food.

By increasing your brain’s abilities to intake, process, and retain information, you essentially boost your intelligence.

In the 1970s, the scientist that originally developed the concept of nootropics, Dr. Corneliu E. Giurgea, identified several chemicals and herbal substances that seemed to improve the brain’s function, unlike other drugs that had been developed up to that time.

One of the main differences he identified between this newly-grouped selection of substances is that they didn’t have a lot of the altering or damaging effects of other drugs acting on the brain, like anesthetics, antipsychotics, and antidepressants.

In addition to not having the usual brain-altering pharmacological effects of other drugs, nootropics also seemed to improve brain function in four other ways:

To sum it all up, nootropics work with your brain chemistry to make the most out of your brain’s natural abilities, while protecting it from potential damage and deterioration. In other words, they claim to improve your brain’s function, as long as the potential exists; they do not claim to make new abilities appear, but they may enhance the abilities your brain already has.

There are many ways to classify nootropics: by function (what they do to our brain), pharmacology (how they work), and form and origin (how they are found). One of the most straight-forward classifications of nootropics is by their origin.

The classification by origin and forms of nootropics includes drugs and medicines, natural nootropics, and supplements.

Drugs are defined by the FDA as “articles intended for use in the diagnosis, cure, mitigation, treatment, or prevention of disease.” Any article that is claimed to be beneficial against diseases is categorized as a drug.

Some nootropic drugs are more powerful than others, some may have some adverse or unpleasant reactions, and some are free of known adverse reactions as long as they are used in the recommended doses.

Nootropic drugs are those that are made in the lab and have isolated chemicals that are known to produce a certain pharmacological effect on the brain. Once categorized as a drug, they are regulated by the FDA, and most are only available by prescription. These are usually used for therapeutic purposes alone or in combination with other treatments, with successful results. Some of the conditions nootropic drugs are used for include:

The types of nootropics that fall into this category are: 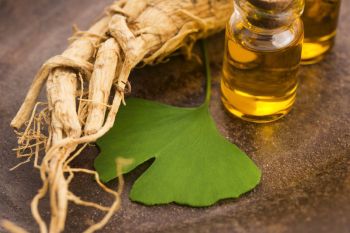 Natural nootropics are herbs and foods that contain components that benefit brain activity.

They are referred to by their whole herb and food name, but there are specific chemicals within them that are responsible for the beneficial effects on the brain.

There are thousands of natural nootropics that have been used for centuries by ancient cultures all over the world, but only now are they beginning to be studied in labs to identify how and to what extent they work.

Some of the most common herbal nootropics are adaptogens. Adaptogens are substances that help to increase bodily resistance to physical, chemical, or biological agents that could cause damage to cells, or that normalize disbalances without disturbing normal bodily function.

There are thousands of potential herbal nootropics, but only a few dozen have been thoroughly studied in clinics and laboratories for their brain enhancing effects. Some of the most-studied herbal nootropics include:

Foods, like herbs, contain substances that may help boost your brain health and thus allow you to take advantage of your brain’s potential. Some of these foods aren’t regarded as nootropics in the traditional sense, but evidence shows that they do act on the brain as other nootropics do by stimulating blood flow to the brain, ameliorating symptoms of depression, fighting off free radicals that may damage brain cells, and others.

Some popular nootropic foods include:

Amino acids are the building blocks of proteins, and they are found in large quantities in our body. Some amino acids can be made by our bodies, while others need to come from the food we eat (called essential amino acids). Certain amino acids have been found to have a particularly important impact on brain health, so pharmaceutical and supplement companies will extract them or make them synthetically to offer as a supplement. Note that you can also gain access to these amino acids by eating foods that have high quantities of each.

Some nootropic amino acids include:

How do Nootropics Work?

To understand the safety and effectiveness of nootropics, it is often helpful to have a general understanding of the different ways in which nootropics work.

Different nootropics act on the brain in a wide variety of ways. Some of these include:

There is more information available on the effectiveness of some nootropics than others.

Nootropic drugs generally have much more research conducted on their effectiveness, but they are often the ones that are usually reserved for prescription and therapeutic purposes only.

In this section, we will briefly overview the effectiveness of nootropics for different diagnosable conditions (therapeutic purposes), and then we will explore the evidence of the use of nootropics as smart drugs.

Effectiveness of Nootropics for Cognitive Disorders 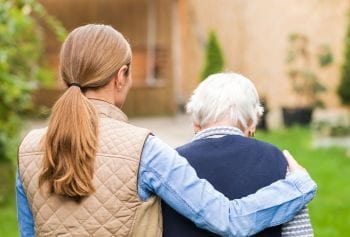 Dementia is the general term used to refer to a decline in mental ability that interferes with daily life. Alzheimer’s disease is the most common form of dementia.

Alzheimer’s disease is a brain condition that slowly destroys the parts of the brain associated with memory and thinking skills. It is irreversible and progressive, and there are some estimates that it affects as many as 5.5 million people in the United States.

Alzheimer’s and dementia can be devastating for individuals and families, and since they are irreversible, researchers and physicians have a significant interest in finding new treatments that may help to slow the progression or improve certain cognitive functions of the brain.

Some of the drugs, herbs, and supplements with evidence for the treatment of Alzheimer’s disease include:

Clinical depression is a cognitive impairment that causes feelings of sadness or loss of interest in activities people normally enjoyed. About 6.7% of adults are affected by depression in any given year. It can be treated in many people with conventional drugs and psychotherapy, among other treatments, but there has been increasing interest in the use of nootropics as an alternative for the treatment of clinical depression.

Some of the nootropics that have shown effectiveness for the treatment of depression include:

Epilepsy is a disorder of the central nervous system characterized by unpredictable seizures and other health problems. According to the epilepsy foundation, it is the fourth most common neurological disorder that affects people of all ages.

A sub-category of nootropics, often referred to as “smart drugs” are those that are used, not for treating cognitive disorders, but instead, are used for improving cognition and helping your brain access its full potential.

In this category, we usually find herbal and food-derived nootropics, though or rare occasions there may be some that are developed in the lab and require prescriptions.

Below we will overview the different categories of “cognitive enhancement” often sought after with nootropic use.

Some of the nootropics known to improve concentration include: 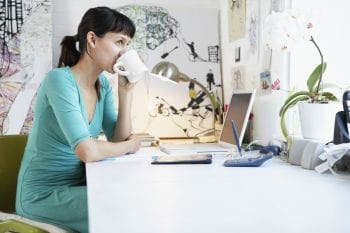 Note that for many of these herbal supplements and food components, there is still only initial research on their effectiveness. However, it is important to note that many non-western societies have held the application of many of these nootropics in high esteem for centuries, and people are currently successfully using them for their brain-enhancing effects.

Watch this video on the top 4 benefits of nootropics if you are considering taking them to boost your brain abilities.

If you are considering taking an over-the-counter (non-prescription nootropic), or if your physician has prescribed a nootropic as part of your treatment regiment, it is important to understand the safety and risks of each one.

In general, nootropics are known for not having any side effects at recommended doses, which is true for most herbal and food-based nootropics. However, there are some that may have adverse effects on specific people, depending on sensibilities, conditions, and other drugs and supplements you may be taking.

Those nootropics with more risk (nootropic drugs, in most cases) are available by prescription only.

Below, we summarize the safety of some of the most popular nootropics as described by Jay Siva, a nootropic expert.

A Note on Safety 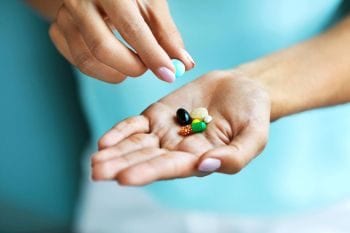 In general, nootropics are considered safe, given the following conditions:

If you are considering taking a nootropic supplement, it is recommended that you start with the lowest dose to measure your body’s reaction before increasing dosage or taking it for a long period.

Nootropics have been studied in the laboratory setting for over 50 years to determine their safety and effectiveness. There are dozens of nootropics that are currently used as part of prescribed treatments and therapies for cognitive-related disorders. Additionally, natural and herbal nootropics that can be purchased over-the-counter have gained significant attention for their use as Smart Drugs.

In general, herbal and food-based nootropics are considered safe for most healthy people, and there is growing evidence on their effectiveness for cognitive health and performance.

If you are considering taking nootropics to improve your brain health and cognitive abilities, talk to your healthcare provider about starting a nootropic regimen.

8 of the Best Nootropic Alternatives to Dangerous Sleeping Pills
Next Post: What You Need to Know About Nootropics and Their Effect on Depression