Summary: Read our review of Nutricost Ginkgo Biloba to see if it is a product that we recommend trying.

I am 75 years old and I have been getting headaches almost every day for the past 3 months. I did an MRI scan as suggested by the doctor, but my scans were fine. A small vein shrinkage was noted, but they said it was normal for my age. I was worried about getting dementia. So I searched for something that would help my case. Ginkgo biloba seemed like a great option as it seems to help with mental clarity and memory. It is also supposed to help increase blood circulation. So I decided to try out this brain-boosting supplement.

I have been using ginkgo for about a month now and my mind is indeed clearer. My memory has improved and I’m not as forgetful as before. I am planning to continue taking this and I hope it continues to help me stay healthier.

Expect some digestive upsets in the beginning, but don’t let that stop you from continuing with this supplement. The results are worth the effort. Nutricost Ginkgo Biloba is what I used. It has a standardized formula that delivers consistent performance. I did not have any allergic reactions to this product.

Many of the ginkgo supplements on the market contain additives such as vitamins or other nootropics to boost the effectiveness of their product. But this can backfire as you may be sensitive to these added ingredients and may experience undesirable side effects. So if you are looking for a pure ginkgo biloba product, the Nutricost Ginkgo Biloba is one of the best on the market. 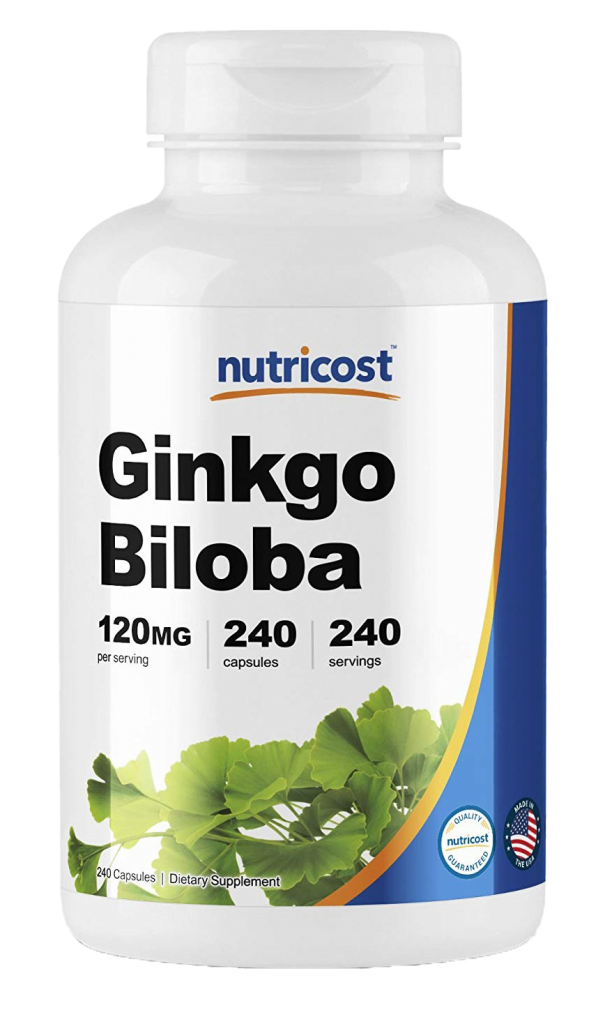 Why Use Nutricost Ginkgo Biloba?

Ginkgo biloba is fast gaining worldwide popularity as a nootropic or smart drug as it has prominent brain-boosting health benefits. Ginkgo has been found to increase cognition, memory, and focus.

But the benefits of ginkgo biloba are not limited to just these. Ginkgo has been found to increase vascular dilation and can help ease up circulatory issues. When blood to various organs in the body improves, this enhances general health. Increase in blood circulation also detoxifies the body and strengthens the immune systems.

The active ingredients in ginkgo biloba are the flavonoids and terpenoids. They have strong antioxidant properties which help combat oxidative stress. This helps to slow down diseases that commonly occur due to aging.

The International Journal of Phytotherapy and Phytopharmacology revealed that ginkgo biloba is the most accepted and researched natural remedy for cognitive disorders. Ginkgo’s positive effect on brain functions may be due to its ability to increase the uptake of glucose in brain cells. It also has the ability to improve the nerve signal transmissions for vital functions such as memory, eye health, and heartbeat regulation.

Traditional Chinese healers have been using the leaves and seeds of the ginkgo biloba tree for centuries, to prevent or relieve the symptoms of various diseases, especially that of the brain or the circulatory system. Ginkgo biloba currently ranks among the top nootropics in the world for enhancing cognition and boosting memory. It helps improve focus and mood as well.

Give Nutricost Ginkgo Biloba a Try!

If you’re looking for a solid, non-GMO, standardized ginkgo biloba supplement that’s also third party tested for quality and purity, then you can trust Nutricost to always deliver.