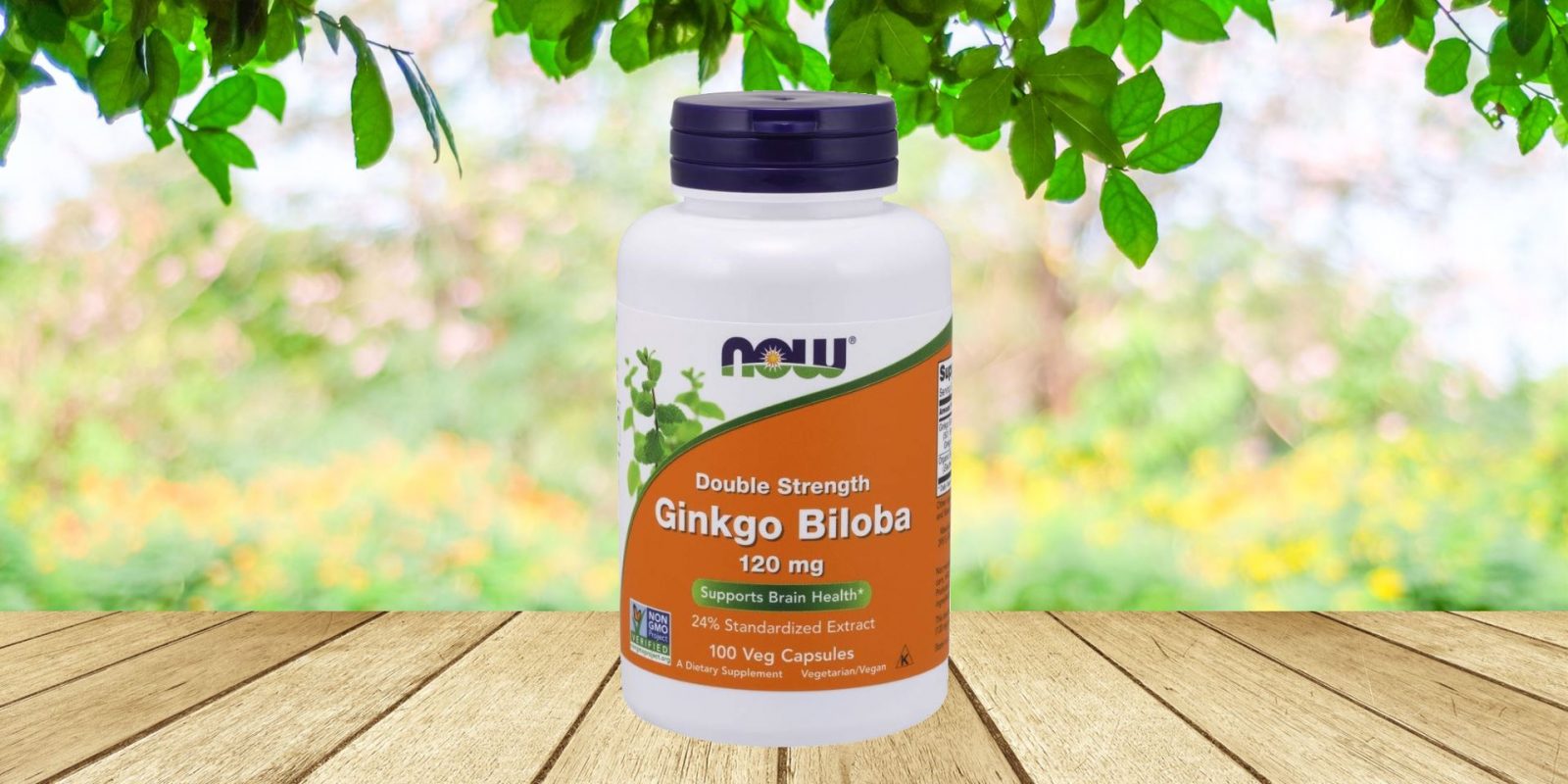 Summary: Read our review of NOW Supplements Ginkgo Biloba to see if it is a product that we recommend trying.

I seem to be having some kind of short term memory problem and my friends tease me calling me ‘Dory’. You know, that fishy character with short term memory loss. Yeah! I can be that bad at times. My forgetfulness or rather absentmindedness had become such a problem that I went searching for various solutions. I did consult doctors and they assured me nothing is really wrong with my brain. It was my physician who suggested I try out ginkgo biloba to improve my memory naturally.

I am a mother of two kids and I am back at school to complete my degree. I was having a hard time recalling what I learned from my textbooks. Ever since I started using ginkgo biloba, my memory and recall have improved noticeably. I can remain focused on my studies for longer, grasp what I am reading, retain the information and recall it later. Wow! Now that's what I call a potent brain booster!

A bottle of NOW’s Ginkgo Biloba contains 100 capsules that are fully vegetarian. This is a major point to note as most ginkgo products on the market seem to be made of gelatin-based capsules. Each capsule of NOW’s Ginkgo Biloba has a potent dose of 120 mg of ginkgo biloba leaf extract. It uses a standardized formula with 24% flavone glycosides and 6% terpene lactones.

In a market filled with adulterated products, it is important to ensure the quality of even the branded products. NOW’s Ginkgo Biloba has NPA A-rated GMP certification, confirming that these products have been tested for stability, potency, and product formulation.

Why Use NOW Supplements Ginkgo Biloba?

Ginkgo biloba has long since been used by Chinese traditional healers for treating a variety of ailments, especially cognitive disorders. Gingko is popular in today’s world as a smart drug that enhances cognition, memory, and focus. It is also a great stress reliever and mood enhancer.

These herbal preparations, made from the leaves or seeds of the ginkgo tree, are considered to be so effective that certain European countries such as Germany have made it mandatory that you need prescriptions to buy them. Ginkgo biloba supplements come in many varieties, such as seeds, dried leaves, leaf or seed extract and in the form of capsules. Though you can make ginkgo tea using the dried leaves, it is easiest to consume this supplement in the form of capsules.

Just make sure to choose ginkgo biloba capsules that are free of chemical additives and harmful or useless fillers, artificial flavors and colors as these not only reduce the effectiveness of the supplement, they also cause undesirable side effects.

Ginkgo biloba displays promising antioxidant potential. Along with a host of other benefits, ginkgo helps slow down age-related diseases and enhances general well being. Flavonoids and terpenoids are the active compounds in ginkgo that display strong antioxidant properties. They neutralize free radicals and helps avert such degenerative changes.

With its anti-inflammatory capabilities and circulation-boosting powers, ginkgo biloba is effective in helping improve symptoms of heart disease and stroke. This increase in circulation is also believed to be the reason why ginkgo is effectively used by Chinese healers to treat headaches, especially migraines.

Ginkgo biloba provides a safe and natural alternative to prescription drugs for increasing and protecting long term cognitive health. Ginkgo has been found to enhance cognition, memory, and focus thus helping us become more productive at school, office or at home.

Ginkgo is also a mood-booster. It relieves symptoms of depression and helps prevent stress and anxiety. Studies have found that gingko reduces symptoms of mental disorders such as dementia and Alzheimer's. It also delays the onset of common age-related disorders and helps you look and feel youthful for longer.

Your health is the most valuable thing in the world and taking a proactive approach to protecting the health of your mind and body is most important. Start today itself to make ginkgo biloba supplements an integral part of your daily health and fitness regimen. Order them online or buy from your nearest health store.

NOW Foods consistently delivers high quality, reputable supplements that far exceed many other supplements on the market today. Their reputation for quality holds true with their premier ginkgo biloba formula.