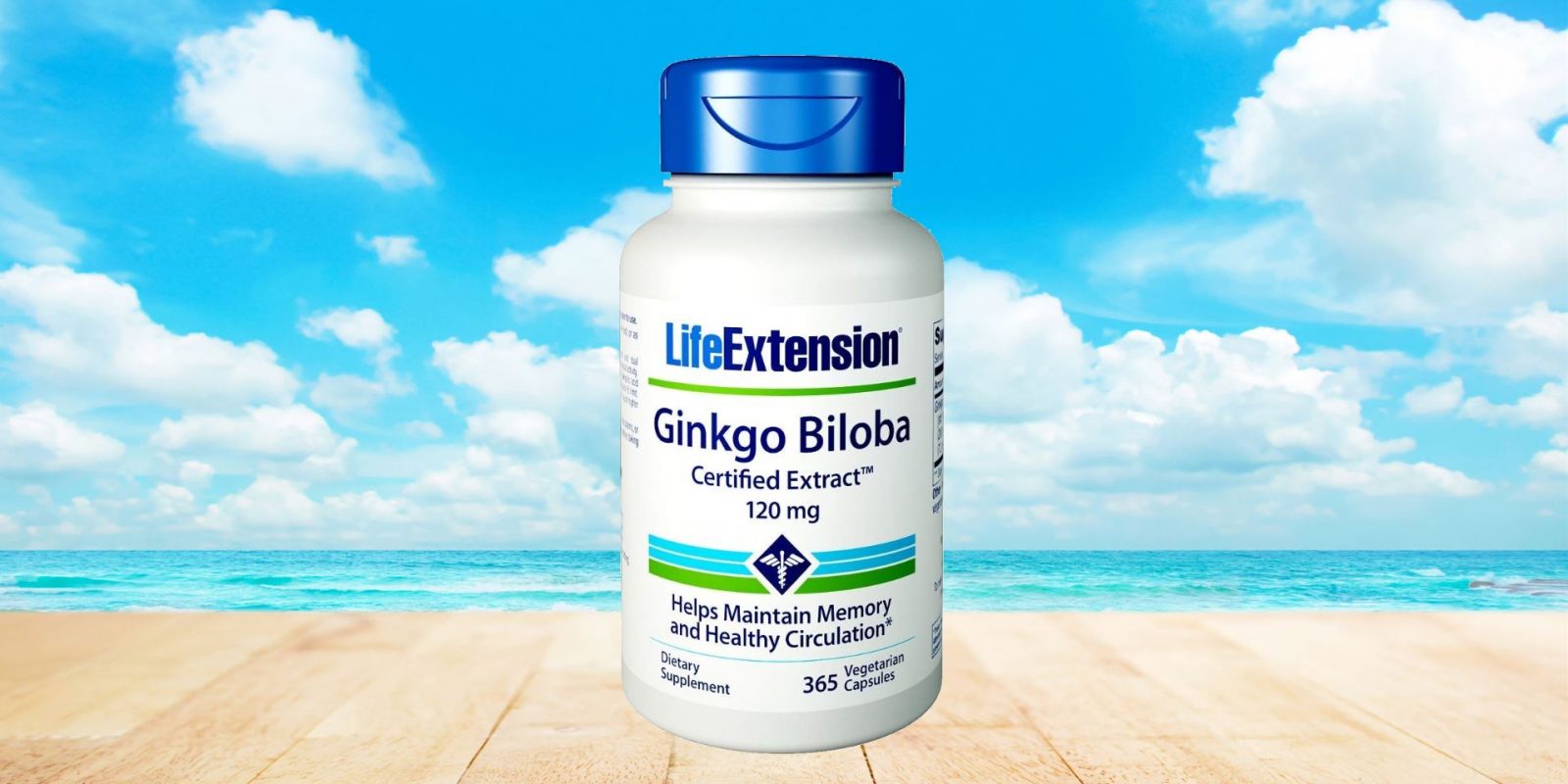 Summary: Read our review of Life Extension Ginkgo Biloba to see if it is a product that we recommend trying.

I started using ginkgo biloba supplements to replace my ADD medication. Surprisingly, it does help me stay focused on my work. I take one capsule, twice a day, after food. Sometimes I forget to take my morning dose, then I just pop two tablets together after lunch. But my morning productivity dips noticeably if I miss my morning dose.

I did experience a slight headache and dizziness in the first few days. I almost stopped the supplements. Thank goodness, I didn’t! Ginkgo biloba is indeed an amazing supplement for those looking to improve their concentration and productivity. I find that I am able to process information faster and retain most of what I learn. I am also able to recall what I need too. The herbal supplement does work well as a cognition booster.

Life Extension Ginkgo Biloba is a high-quality supplement with 120 mg of ginkgo biloba leaf extract. It has a standardized formula with 24% glycosides and 6% terpene lactones and is encased in a vegetarian capsule. Many ginkgo biloba capsules in the market use gelatin-based capsules making it unsuitable for vegans and vegetarians. With Life Extension Ginkgo Biloba, you can rest assured that it is a purely vegetarian capsule.

Life Extension is well known for its quality products and excellent customer support. If you have any queries, feel free to contact them at any time. Their customer service department responds promptly.

Why Use Life Extension Ginkgo Biloba?

Ginkgo biloba is gaining fame far and wide for its nootropic capabilities. Hailed as one of the most effective among modern-day herbal smart drugs, ginkgo is a safe alternative to prescription drugs that cause undesirable side effects. It is used for boosting brain power, memory, focus, and mood.

With active plant compounds such as flavonoids and terpenoids that act as antioxidants, ginkgo is used for delaying aging signs and to delay the onset of age-related diseases. It has anti-inflammatory capabilities.

Many research studies have noted that ginkgo reduced inflammation markers in subjects in various stages of diseases. It is often used in the treatment of arthritis, heart disease, and irritable bowel syndrome, to reduce inflammation. Even stroke and cancer patients seem to benefit from ginkgo biloba due to its anti-oxidant and anti-inflammatory properties.

One of the most recognized uses of ginkgo biloba is for increasing blood circulation. Ginkgo helps dilate blood vessels. Chinese healers refer to this as the ‘opening of energy channels’ to organ systems in our body. The ‘energy’ comes from the oxygen-rich blood that is pumped through your blood vessels.

This increase in vascular dilation also helps relieve headaches that are caused due to reduced blood flow. Ginkgo seems to dilate blood vessels by increasing the levels of nitric oxide. Multiple studies have confirmed that this herbal drug is safe for consumption as no serious adverse effects were recorded by the researchers.

Ginkgo biloba is a cognition booster and mood enhancer that is gaining worldwide fame as a nootropic. Though traditional Chinese healers have been using ginkgo seeds for centuries to treat a variety of ailments, modern-day researchers are still discovering and confirming many of its wondrous health benefits.

Ginkgo is used for treating disorders of the brain and circulatory system. Its anti-inflammatory and antioxidant powers make it useful for preventing or delaying age-related disorders. It relieves stress, enhances mood and sharpens focus. With so many health benefits, ginkgo is obviously a great choice for improving your health as well as your productivity. Order it online to start enjoying these health benefits.

Each capsule contains 120 mg of Ginkgo Biloba extract, with a standardized formula that contains 24% glycosides and 6% terpene lactones, in a vegan friendly casing. Sounds just about perfect.