Fish oil supplements are commonly known for their health benefits and have been claimed to improve brain health, promote healthy aging, and improve joint health.

But how does fish oil really affect the brain, and is it really an effective nootropic?

What Is Fish Oil?

Fish oil is a common dietary supplement that is made up of omega-3 fatty acids. Omega-3 fatty acids are found in oily fish such as tuna and anchovies, which is the main natural source of omega-3 for most people. People typically take fish oil because of its perceived ability to improve joint health, prevent disease, aid in slowing down aging, and also improving brain health.

For those who don’t eat regular (1-2 servings per week) servings of fatty fish, supplements like fish oil are a great way to ensure you are consuming enough omega-3 fatty acids.

There are two omega-3 polyunsaturated fatty acids in fish oil: 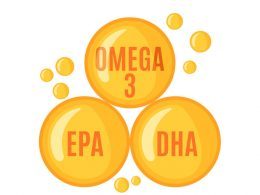 The ratio of EPA/DHA in fish oil can vary quite a lot, but you tend to see higher amounts of EPA in fish oil supplements because it has less of that fishy smell often attributed to fish oil, and EPA is also cheaper to produce.

Both EPA and DHA are often confused for each other and there is still more to learn about the individual role they play in improving brain health. It is thought that EPA has an antidepressant effect and improves cognitive health, while DHA acts more on cognitive health.

Studies have shown that EPA and DHA may be able to improve and possibly even prevent certain brain disorders including psychiatric and neurodegenerative diseases. It is thought that these omega-3 acids might be able to improve brain health by “modulating neuroimmune and apoptotic pathways, changing membrane function and/or competing with n-6 PUFAs which are the precursors of inflammatory mediators” (1). However, the exact mechanisms of each omega-3 fatty acid are not exactly known, specifically how they modulate neuroimmune response and neurogenesis, how they (EPA and DHA) interact with each other, and what the most ideal ratio of EPA to DHA is for improving brain health.

One study looked into the effect that EPA and DHA had on the brain of developing mice. After feeding the mice a milk formula containing 1.3% EPA or 1.3% DHA the results showed that the EPA groups had intermediate brain performance while the DHA groups clearly showed improved brain function, indicating that DHA is essential for brain development at early stages (2).

But how is DHA transported through the brain? According to research, the “major facilitator superfamily domain-containing protein 2a (Mfsd2a) has recently been identified as the major transporter for the uptake of DHS (in the lysophosphatidylcholine form) into the brain”. We know that EPA can also cross the blood-brain barrier like DHA, however, it is present in brain tissue at significantly lower levels than DHA and we don’t yet know the mechanism that transports EPA (2).

We know that DHA is largely found in the phospholipids of cell membranes where it can modulate the physical environment of the membrane and possibly increase the free volume within the membrane bilayer (3). One of the mechanisms that might allow DHA to do this is by the modulation of G-protein coupled receptors through proteins such as rhodopsin, which is closely linked to the G-protein coupled receptors in cell membranes (4).

Omega-3 And Cognitive Health In Individuals With Depression 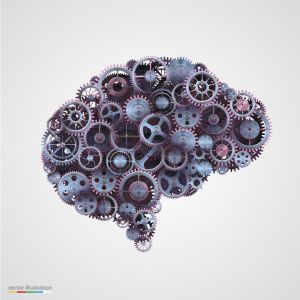 Higher overall omega-3 fatty acid levels (including DHA and EPA) have also been shown in one study to be associated with improved cognitive skills in patients who had suffered from depression and were at risk for impaired cognitive health. Age and sex did not seem to play a role in improved cognitive health, however, education was shown to play a role (5). This could indicate that higher education plays a role in healthy lifestyle choices that can affect cognitive function.

It seems that omega-3 fatty acids may be able to have a direct impact on depression. One meta-analysis looked into whether EPA might work as a treatment of major depressive episodes. Analyzing 15 trials and over 900 participants, the meta-analysis found that fish oil supplements containing more than 60% EPA were an effective treatment of primary depression (7).

Fatty Acids In The Brain 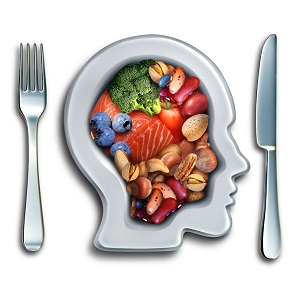 Your brain contains a large number of lipids or fats and due to this, it is assumed that different fatty acids in the brain can affect brain functions like cognition and neuropsychiatric development in a variety of ways. Interestingly, DHA levels in the brain tend to increase over the first 20 years of your life before they then start to level off.

The Rotterdam Study was a large-scale longitudinal study that looked into whether there was a link between fish intake and cognitive health in 5000 healthy participants 55 years or older. The study found that higher levels of fish in a diet seemed to reduce the risk of dementia in patients by 50% after 2 years. However, follow up research with the same patients 6 years later showed that 4% had gone on to develop dementia. Nonetheless, further research seemed to back up the initial 2-year results of this study (15). One similar study out of France showed that adults older than 68 years who ate at least one fish meal a week saw their risk of Alzheimer’s disease reduced by 35% (16). Another study from Chicago found that adults over 65 years old saw cognition decline significantly reduce over 6 years after eating a regular fish intake (17).

This is perhaps not surprising when you look at the research around omega-3 and cognitive health. One double-blind, placebo-controlled study looked at healthy adults and the effects of either DHA or EPA heavy fish oil taken daily for 12 weeks. DHA fish oil participants showed a significant increase in the markers associated with increased blood flow to the brain, while the EPA oil showed no significant changes (18). This indicates that DHA may be able to improve blood flow, and thus oxygenation to the brain. 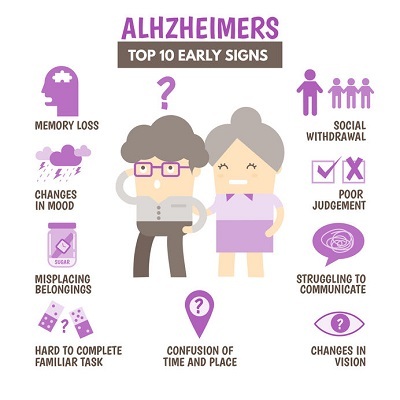 Alzheimer’s disease is a neurodegenerative disease that is most often seen in the elderly. It starts with milder symptoms but as it progresses can be particularly debilitating as patients start to lose memory, develop cognitive impairment, and ultimately stop being able to do essential day to day activities. Physiologically, Alzheimer’s is “characterized pathologically by the presence of cerebral β-amyloid, neurofibrillary tangles composed of hyper-phosphorylated tau and neurodegeneration” (19). There are also genetic risk factors for Alzheimer’s disease, with the presence of the apolipoprotein E ɛ4 allele being linked to the main form of Alzheimer’s Disease. Diet and physical and mental activity may also play a part in developing Alzheimer’s disease.

A three-year trial investigating the effects of DHA and EPA on Alzheimer’s prevention found some interesting results. The study involved patients who were over 70 years old with memory complaints and described as frail. They found that when patients were given low levels of DHA and EPA, they showed a reduced cognitive decline over 36 months. The patients who received the placebo instead of the DHA/EPA mix reported significant cognitive decline over the same 36 months, with the exception of placebo participants who happened to have higher omega-3 levels naturally, they managed to maintain stable cognitive health (20). Backing up these results, another study showed that elderly participants with ranging cognitive statuses (normal to suspected dementia) showed a connection between low omega-3 levels and cognitive impairment (21).

One longitudinal study involving magnetic resonance imaging (MRI) of 1,111 participants who didn’t have dementia showed that higher omega-3 levels were linked to a significant increase in both brain and hippocampal volume and lower omega-3 levels possibly increased the breakdown of cell tissue in the brain (atrophy) (22). Another study of dementia-free individuals found that lower levels of DHA were linked to lower overall brain volume. The study also found that those with low DHA levels scores had reduced scores in visual memory, executive function, and abstract thinking tests compared to participants with higher DHA levels (23).

While there seems to be significant evidence supporting the idea that omega-3 fatty acids improve brain health and cognition, consumers are taking fish oil supplements and may want to know if those supplements have a similar effect.

One study looking at just this and involving 350 participants over a long period of time showed that the study participants who took fish oil supplements regularly had significantly increased levels of omega-3 fatty acid levels than those who didn’t. The study also showed that the increased levels of DHA from the fish oil supplements seemed to result in better cognitive performance later in life and particularly improved immediate recall, even after cognitive performance was adjusted for childhood IQ (24).

How To Take Fish Oil 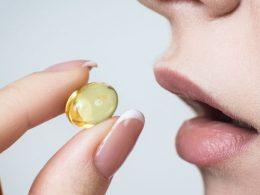 Fish oil is well known for its strong taste and odor and as such most people prefer to take fish oil capsules rather than drinking fish oil. It is also advisable to take the fish oil capsules while eating to try and reduce the residual taste of the oil that might occur when burping.

As we know, EPA and DHA can have a range of different effects on the body and therefore you can choose your fish oil based on the EPA/DHA ratio that you want for your symptoms.

Don’t let the strong smell confuse you, fish oil can spoil, and taking rancid fish oil can result in some risks. In light of this, when buying or taking fish oil it is advisable to look for a fish oil supplement that contains a preservative like vitamin E and is in a black-out container that would let light in to degrade the fish oil.

Daily fish oil capsules of 1 gram taken orally should provide you with some health benefits and you can increase slightly if you want a higher dose of omega-3 to around 6 grams.

Fish oil seems to be a viable nootropic compound as it improves brain health. The omega-3 fatty acids can be divided into EPA and DHA. EPA has been shown to improve mental functioning and depression while DHA has been shown to change brain structure, while both EPA and DHA are thought to be involved in stopping inflammation and the development of Alzheimer’s disease.

Some of the mechanisms in which these fatty omega-3 acids act are not quite known, and more research is needed. Fish oil may not be a fasting-acting nootropic in the traditional sense, but it is clear omega-3 fatty acids improve brain health.

Philip Ghezelbash
Philip Ghezelbash is a medical writer, science graduate, ex-personal trainer, and the founder of Writing Studio. He is passionate about simplifying complex science to help people learn more about how they can improve their health.
Share
Pin
Tweet
0 Shares
Previous Post: «