Does it feel like your memory isn’t as sharp as it once was? If so, you’re not alone. Our ability to retain and recall information tends to decline as we age, with noticeable changes appearing as early as your mid-forties.

Thanks to advancements in medicine and a bounty of information regarding healthy living, we’re now capable of living longer, healthier lives. Cognitive health, which includes healthy memory function, is crucially important as we age if we want to be healthy, productive, and have a high quality of life into our golden years.

This brings us to an important point about a health trend that has been noticed over the past couple decades. While heart disease is still the number one cause of death in the United States, deaths from heart disease are actually on the decline. Unfortunately, dementia related deaths are on the rise, meaning now is the time to take proactive action to protect your cognitive health.

So, rather than sit back and think that not being able to find your glasses or forgetting an occasional appointment are all part of the normal aging process, you can be doing something to actively change fate and enhance your memory and cognitive function – like adding a memory boosting nootropic to your daily routine.

Nootropics supplements and substances that enhance cognitive health. There’s an incredible range of nootropics available, with each of them working in their own way to support cognitive function. While there are many nootropics that can be beneficial in enhancing memory, there are a select few that stand out from the rest for their memory boosting properties.

Ready to sharpen your memory and maybe just take proactive steps in protecting yourself from age related decline in cognitive health and memory? Here are the best memory boosting nootropics to consider.

Separately, Panax Ginseng has a history that’s thousands of years long for increasing energy and vitality. Ginkgo Biloba is a time-honored remedy for enhancing memory and cognitive function. GreeNatr combines both of these high-quality herbs into one powerful memory enhancing supplement.

GreeNatr’s Panax Ginseng and Ginkgo Biloba supplement is all natural, vegan and Non-GMO. They also offer a 60-day money back guarantee, which makes trying this incredible combination a risk-free venture. 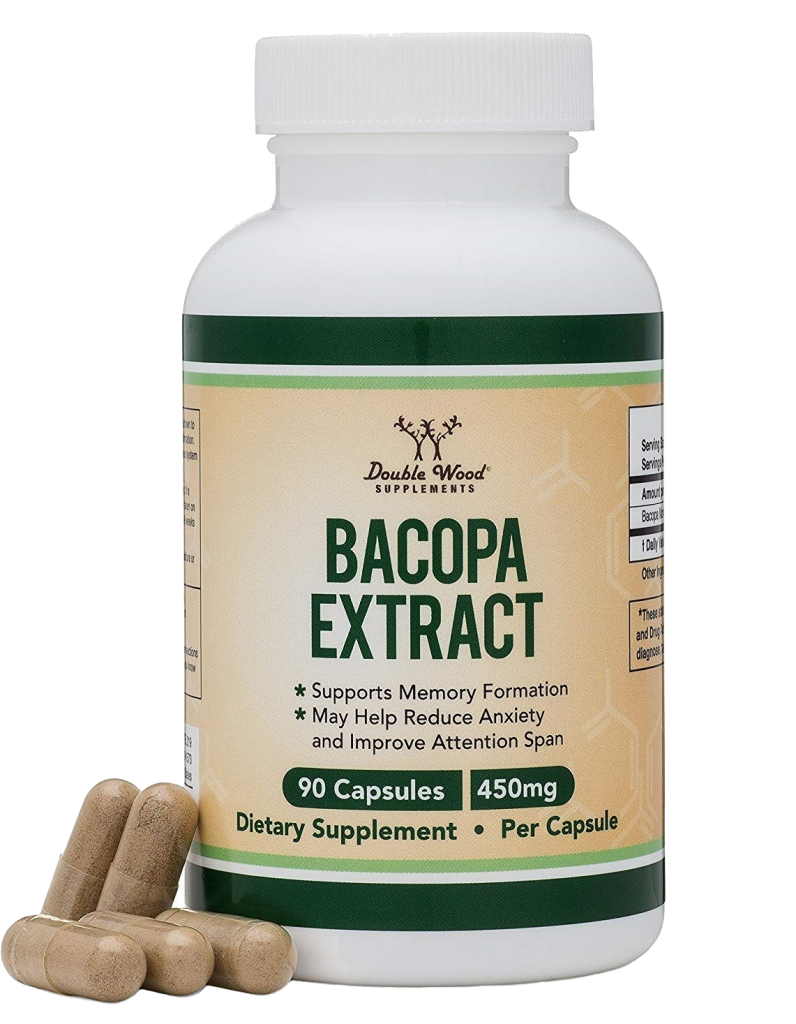 Bacopa Monnieri has been used for centuries in Ayurvedic medicine as an herb that helps relive stress and improve cognitive function. Bacopa Monnieri is an adaptogenic herb, meaning it helps the body adapt to stressful stimuli and normalize its response to it – this results in less stress, anxiety and tension for you.

Double Wood Bacopa Monnieri preserves and helps enhance memory function by increasing levels of acetylcholine in the brain. This is a crucial process that protects the brain against damage caused by oxidative stress, which can lead to inflammation and poor memory function.

The combination of cytidine and choline boost the production of neurotransmitters, which in turn increases cellular communication and energy levels within the brain. When you’re ready to try Citicoline for yourself, Jarrow Formulas makes a high-quality supplement that provide the results you’re looking for with a powerful and effective 250mg of Citicoline per capsule. 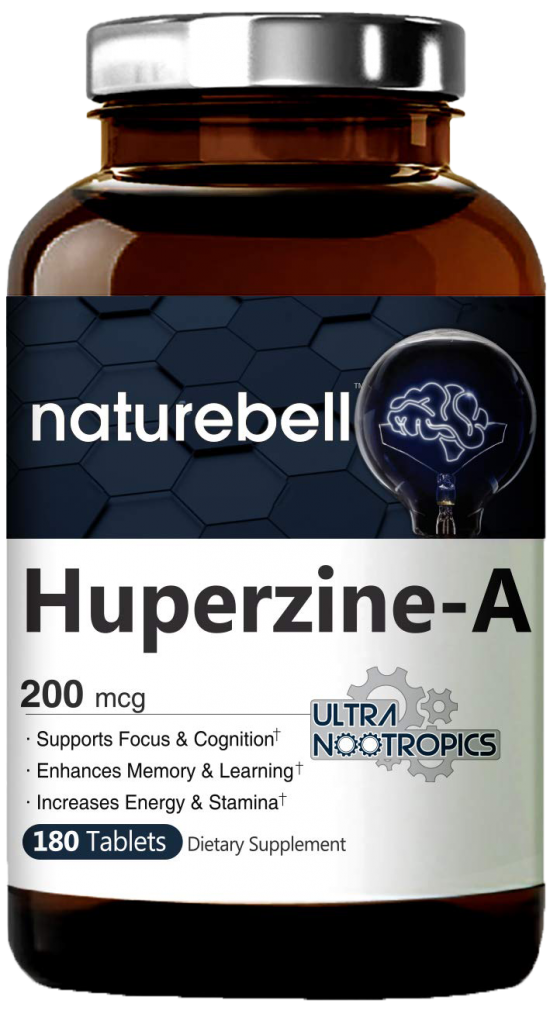 Huperzine-A is a unique supplement that comes from a moss called Huperzia serrata. This alkaloid has been shown to have a significant impact on memory function and has even been suggested as a possible complimentary treatment for providing a certain degree of relief to patients with Alzheimer’s Disease.

What makes Naturebell Huperzine-A so interesting as a nootropic is its broad range of applications. In addition to research that supports its use in the treatment of Alzheimer’s, Huperzine-A has also been shown to be effective in enhancing memory and focus in adolescents. NatureBell produces a top-quality formula that contains a powerful 250mcg of Huperzine-A in each serving. 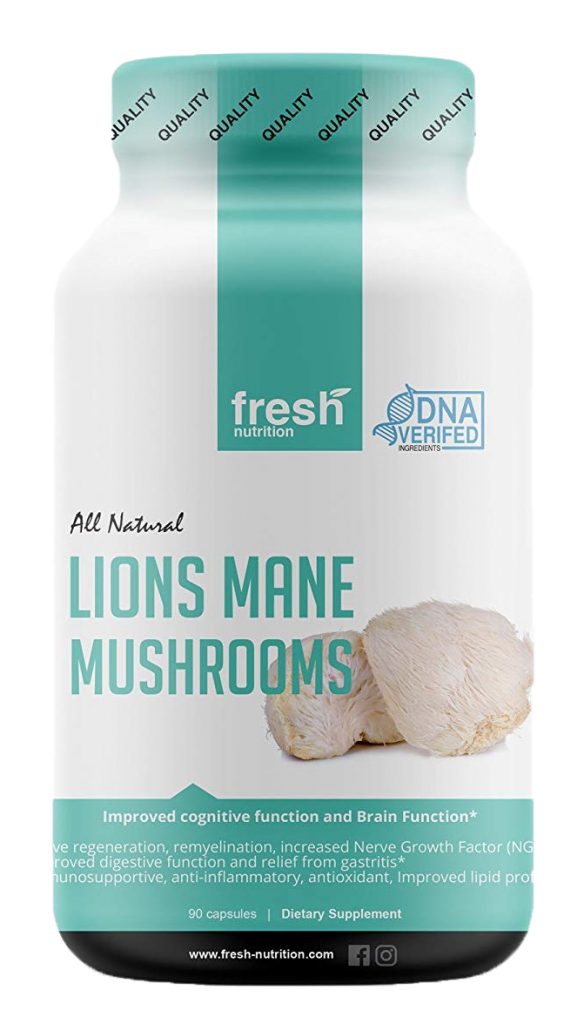 Lion’s Mane is mushroom known for its odd, shaggy appearance. While it may look a little strange, its nothing short of amazing when it comes to supporting healthy memory function. Research has shown that Lion’s Mane is effective in increasing scores on cognitive function tests, probably due to its balancing affect on the hippocampus.

When you’re looking at Lion’s Mane supplements, quality is everything. Fresh Nutrition Lion’s Mane Mushroom is a supplement that’s organic and comes with a money back guarantee.

NOW Foods L-Tyrosine contains an amino acid that plays a crucial role in promoting the development of neurotransmitters. When memory or cognitive function seem to take a nosedive, a nootropic that works to enhance neurotransmitter production and function is usually just what the doctor ordered.

L-Tyrosine has been shown to be effective in helping to improve memory and focus, especially in individuals who seem to constantly have their attention divided in different directions. NOW Foods, one of the most trusted names in the supplement industry, produces a supplement that contains 500mg of high-quality L-Tyrosine in each capsule.

Boost Memory and Take Control of Your Cognitive Health

With the wealth of high quality, effective nootropics that are available and at your disposal, there’s no reason to sit back and let stress, tension, or even the hands of time rob you of your memory function. Maintaining healthy cognitive function is incredibly important, especially as we age.

Whether you’re looking for a boost in job or academic performance or have just noticed that your memory seems to be a little foggier than it once was, these top nootropics offer a great starting point for taking back the control of your cognitive health starting today.